In recognition of Pi Kappa Phi’s graduating seniors, we’ve received lots of requests to highlight the achievements of our outstanding members as they become young alumni in our brotherhood. Here is a sampling of the submissions that we have received so far.

Patrick Lucitt was a Fall 2016 associate member at the Delta Delta Chapter at Truman State. While at Truman, Patrick served as the chapter’s secretary and archon. He has been heavily involved in both his campus community and in Pi Kappa Phi serving as a member of Truman’s student activities board and as inter-fraternity council president. Additionally, Lucitt has served on the council of archons for two years and is a Pi Alpha, spending two summers with the Build America team. He is a business administration major and has been a vital asset to the Delta Delta chapter.

Allen Rogers has taken advantage of every opportunity presented to me. As an undergraduate member, he served as Secretary, Chaplain, and Philanthropy Chairman, traveling to Pi Kapp College for Chapter Officers in 2017, 2018, and 2019. In 2018, he became certified as a Certified Ritualist and in 2020, he facilitated the Secretary tract. In 2017, he attended Pi Kapp College for Emerging Leaders as a sophomore before attending as an intern for Emerging Leaders in the following two years.
“In my opinion, Pi Kapp College for Emerging leaders is the best program that Pi Kappa Phi offers to their student members because it equips them with everything they need to become a leader in their chapter, on their campus, and in the world,” Rogers said.
In 2018, Rogers was a crew member for GearUp Florida and managed the social media accounts during the trip, and was also inducted into the Ad Astra Society,  He continued to find success in 2019 as the philanthropy chairman for his chapter. He led his chapter to raise $14, 617, which was an increase of over 1,500% from the previous year, and guided his chapter to participate in March Madness and placing 3rd overall. 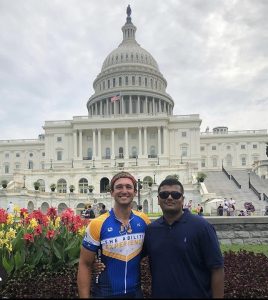 Whenever somebody needs someone to lean on, Pravin Mahadevan is there for them. His brothers say that he is the backbone of the Delta Alpha chapter has done everything from fixing speakers, maintaining sorority relations, and keeping a clean slate for our chapter. Prav is a beacon of light for the future of his chapter and Delta Alpha will is sad to see him go.
“We will miss you Pravin,” Mahadevan’s brothers said. “We hope one day you are finally able to complete that life goal of yours.” 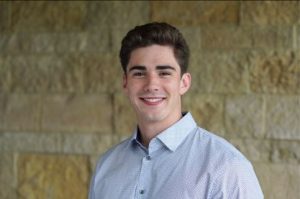 After graduation, Jack Fox will be working an internship at Deloitte with the Audit and Assurance team, and will also be returning to UW to pursue a Master’s Degree in Professional Accounting at the Foster School of Business. During his time as an undergraduate member, Jack was a housing chair, risk management chair, member education chair, vice archon, and treasurer. Additionally, he was involved with the Beta Alpha Psi, an honor society for business students.
“Jack is an amazing example of what it means to give back to the chapter throughout all four years of involvement while also staying involved with the University community as a whole,” wrote his brothers. “He also set a great example by leading in his actions, to show other members what it means to sacrifice to push toward being the ideal chapter, and help operations in the future success through our actions now.”

Tatum Cave has been extremely active his entire time in the Theta Alpha chapter serving many different chair positions, executive council, and as a mentor to younger brothers. He initiated his dad as well as his brother, which are two of his favorite memories in Pi Kapp.
Cave is also the embodiment of campus involvement. During his time at USM, he was a certified tour guide, an orientation leader, helped found a student organization, and was a face everyone knew. He’s graduating with a degree in finance and plans to move out of state to experience new environments and pursue a career doing financial analysis.