Over a century of leadership and service

On a quiet December evening in 1904 in Charleston, S.C., three friends—Andrew Kroeg, Simon Fogarty and Harry Mixson—made a choice to lead. Those three men chose to start their own fraternity. The three grew to seven; seven grew to eight; eight grew to 11. From the College of Charleston, they spread to nearby Presbyterian in 1907—and then to California in 1909. In just over four years, Pi Kappa Phi had become a truly national fraternity. Over the course of a century, a fraternity with humble beginnings has grown into a brotherhood of more than 120,000 strong. 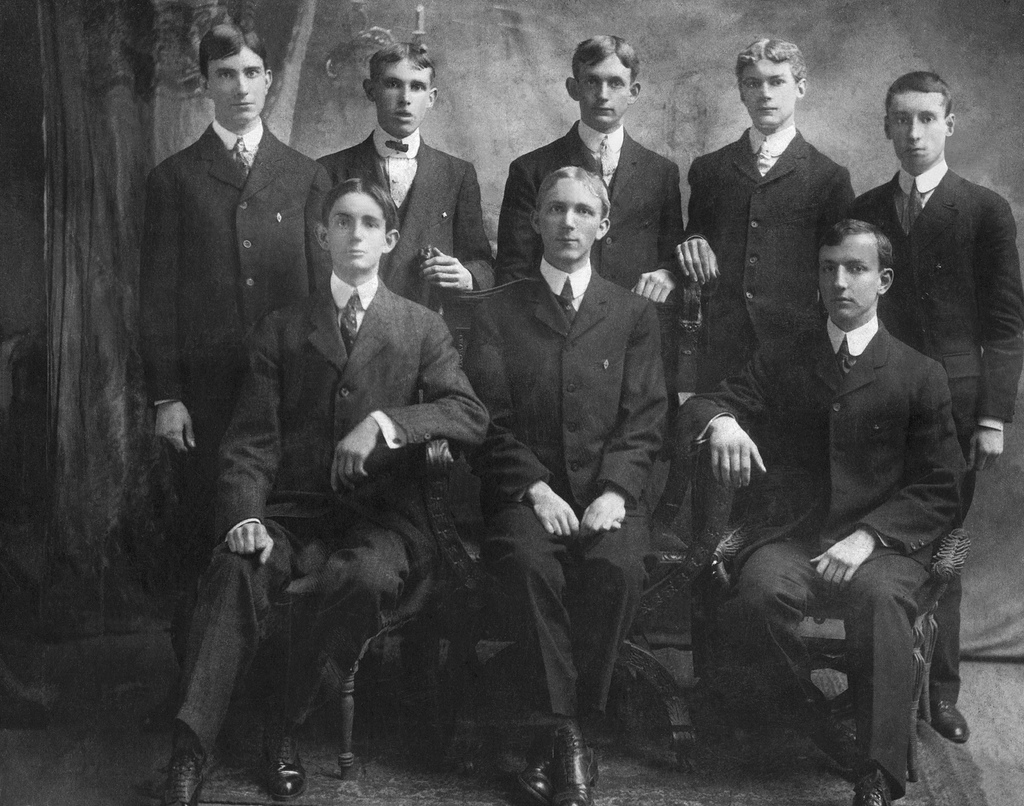 Our founding was certainly not without setbacks. In fact, Pi Kappa Phi was originally founded as Nu Phi, which stood for “non-fraternity.” Our founders, disillusioned with campus politics being run exclusively by fraternities, created Nu Phi as a means to attain leadership roles within the Chrestomathic Literary Society. However, the attempt to seize control of the Society was thwarted when some of the Nu Phis proved to be disloyal. The loyal Nu Phis regrouped, and on the evening of December 10, 1904, the seven remaining men created a new group—to be known as Pi Kappa Phi.

To this day, Pi Kappa Phi embraces its Nu Phi heritage. It manifests itself in various way and emboldens us as Pi Kappa Phis to confront issues with fresh, new approaches.