In recognition of Pi Kappa Phi’s graduating seniors, we’ve received lots of requests to highlight the achievements of our outstanding members as they become young alumni in our brotherhood. Here is a sampling of the submissions that we have received so far. 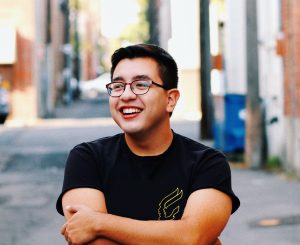 Ramiro is graduating with a Bachelor of Arts in Broadcasting and Digital media from the University of Idaho. During his undergraduate experience, he served as the Kappa Iota Chapter’s historian. He interned with the Ability Experience as the 2018 Public Relations and Logistics Coordinator. Recently, Vargas was inducted into the Pi Alpha Society, recognizing his work as a crew member for the 2019 Journey of Hope South Route. Along with his achievements in Pi Kappa Phi, Vargas was also a Student Leadership Coordinator, Community Relations Coordinator for ASUI, an initiate of the Order of Omega and the University of Idaho’s 2019 Homecoming King. He was also inducted into the Ad Astra Society as part of the 2019 class.

“Pi Kappa Phi has given me more opportunities and experiences that I could have ever imagined and has allowed me to build relationships with so many men that I’m proud to call my brothers – both in my own chapter and around the country,” Vargas said. “I look forward to seeing how I can give back to my fraternity as an alumnus.”

Jimmy Fleck, from St. Charles, IL, is a senior of the Rho Chapter at Washington and Lee University in Lexington, VA. Jimmy has been the general chair of Mock Convention, a 111 year-old tradition at Washington & Lee in which the entire college reenacts a party convention each election year to predict who will be the presidential nominee for the party out of power.

Mock Con, as it is known by the students, takes four years of preparation by an extensive staff. Jimmy was chosen his freshman year to prepare the 2020 convention that took place Valentine’s Day weekend. After much calculation done by himself and his team, Jimmy delivered the final prediction for the presidential nominee. Congratulations to Jimmy for leading such an important and historic event for Washington & Lee.

Luke Mac has recently been accepted into grad school in St.Louis. Mac served as his chapter’s community engagement chair, vice archon and fundraiser chair, and has mentored a lot of the directors in our chapter. In addition to his service to Pi Kappa Phi, Mac has been a committed leader in has campus community, serving on the Student Government Association for four years  he’s been and serving two terms on the executive board for the Residence Hall Association.

Evan Hallowell, a senior at West Virginia University, stepped up and filled in for interim Vice Archon at the Alpha Rho Chapter for the Spring semester. In his last semester of senior year he saw that his brotherhood needed help and filled in for the position while training someone to take his place. Due to his noble actions, The Alpha Rho Chapter’s brotherhood voted him as their 2019-2020 Brother of the Year, which will be announced via his chapter’s social media channels in the coming days.