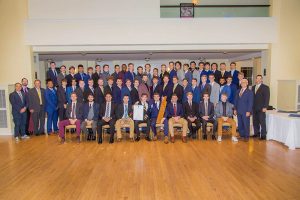 Many Beta Epsilon alumni were in attendance to celebrate with their newly initiated chapter brothers. Barnard delivered the keynote address, which he challenged the chapter to stay involved in all aspects of Pi Kappa Phi. 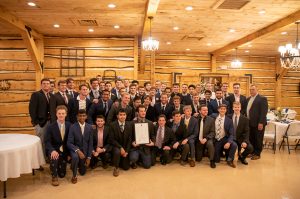 The brothers from Theta Psi at RIT and Kappa Eta at SUNY Geneseo initiated 47 Refounding fathers. Both the Office of Fraternity and Sorority Life at Penn State and Pi Kappa Phi are extremely proud of the men of Alpha Mu and look forward to all that they will accomplish. 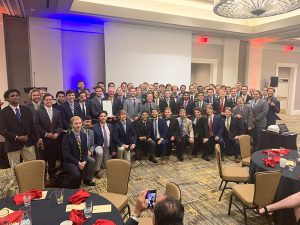 The National Fraternity is very excited about the return of the Tau Chapter and is looking forward to everything they are able to accomplish. 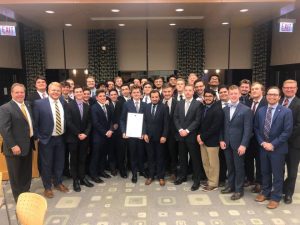 Coordinator for Sorority & Fraternity Life Emily Koneval welcomed all to Chicago on behalf of the University and issued warm remarks. Smith delivered the keynote address, during which he challenged the chapter to stay involved in all aspects of Pi Kappa Phi. 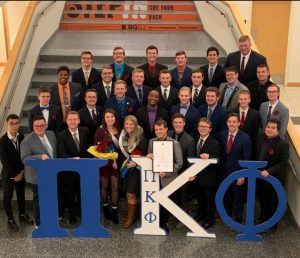 University President Dr. Rodney Rogers welcomed everyone to the Bowen-Thompson Student Union and said how excited he was for Delta Sigma’s return. Russell delivered the keynote address and charged the men to live by their ritual and strive to become the ideal chapter.