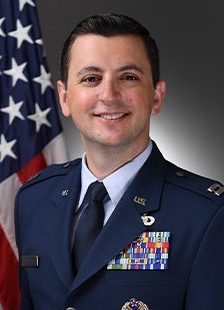 Earning his commission through ROTC in 2011, he has held leadership roles providing combat support and human resource expertise at bases in Nevada, Korea and Germany. Nardelli has been deployed to both Turkey and Afghanistan, and has been selected for promotion to Major in 2021.

Nardelli’s full “18 of the Last 9” profile can be found here. Congratulations to Jim for his continued commitment to service and leadership!