The Alumni of the Delta Epsilon Chapter of Pi Kapp Phi held its annual Pi Kapp weekend at Jacksonville State University on Saturday, September the 21st. This has been an annual event for the past five years at the campus bring back brothers from around the South. Alumni have attended off-campus gatherings in Huntsville and Birmingham, however, the events at Campus are always special and allow the Alumni Association to spend time with the undergraduate and associate members. 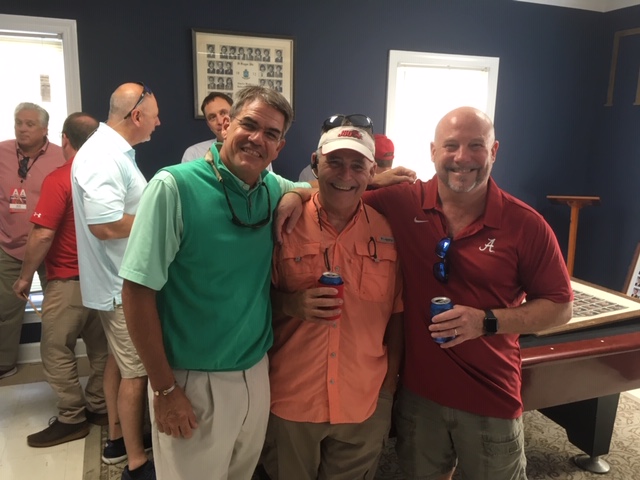 This year’s gala attracted brothers from as far away as Dallas TX and Jacksonville FL to Rob Bearden, DE #272 who has served as CEO of various Silicon Valley Companies and who is currently CEO of a Company in New York. There was representation from all eras from the 70’s to most recent graduates. Alumni got to work early, with business beginning at 1030 at the Pi Kapp House on campus to meet with the chapter’s current executive council, browse old composite photos, take pictures and tell old “wise” tales to the students.

This year instead of having a gathering at the house, brothers decided to tailgate on Campus. Jacksonville State University set up the tailgate for us and the food was provided by alumni Scott Williams, DE #259. Williams is the general manager of Sodexo, which provides all food services to the University. The tailgate began at12:30 and lasted until 5 p.m. with approximately 40 Alumni present for the festivities. 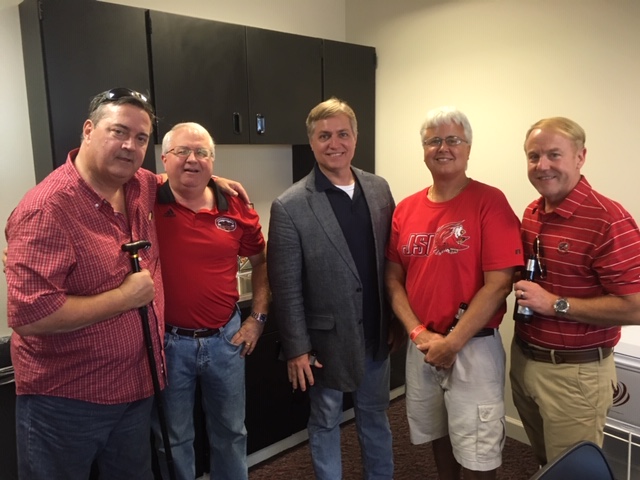 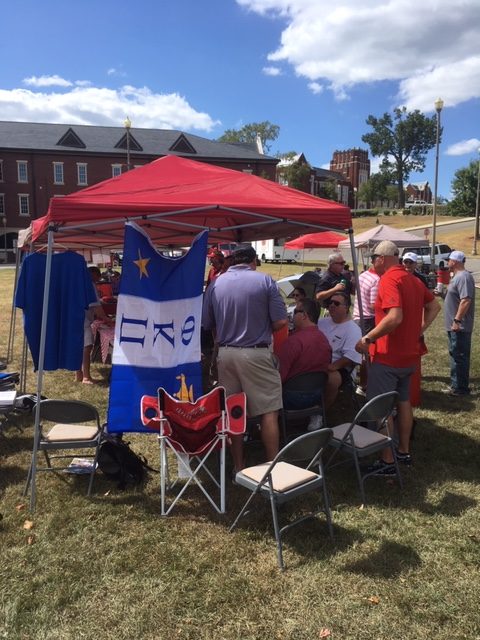 Additionally at the tailgate, members held a fundraiser for the undergraduate chapter and one of our fellow Alumni Brian Lance, DE #370. Brian is currently being treated at Duke University for a cancerous brain tumor. The money raised for Brian will help offset travel expenses from Kentucky to Duke.

At 5:30 PM members made their way to the Football stadium for the showdown between Jacksonville State University and the University of Northern Alabama. Brother Dewayne Bowen, DE  #311– and Alumni VP worked hand in hand with the university to obtain a luxury suite for the game. The Pi Kappa Phi suite was visited by board of trustees members, University Staff, and even ex Auburn Tigers coach Tommy Tuberville,  who is running for the U.S. Senate in the next election.

At the end of the night, the good guys prevailed over UNA by a score of 30-12 giving JSU yet another win over an old bitter rival. The whole weekend was a victory in that members got to share in fellowship amongst the alumni and undergraduate chapters to cement further memories of  Pi Kappa Phi fraternity and Jacksonville State University.