The brand-new Alpha Epsilon chapter house at the University of Florida has a new permanent feature—a wall of honor dedicated to the chapter brothers who have gone on to serve in the US military. A six-foot-tall display capped with the emblems of the five military branches currently honors the nearly 150 brothers who have served from the early 1930s to brothers who are still active duty, today. 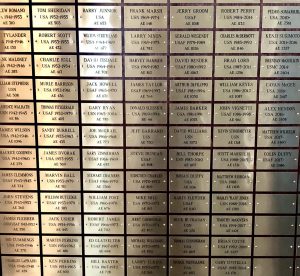 The project was spearheaded by Rick Riisma and Mike Hill, both Alpha Epsilon Chapter alumni, partly inspired by a similar wall Mike witnessed while in Somalia. A combination of research through online groups, chapter newsletters, the Pi Kappa Phi directory, email lists and chapter events, the two dedicated more than three years of research and planning to track down all the names and design the wall of honor. The display is ready for the future, with nearly 30 blank spaces for future chapter brothers who devote themselves to military service. This wall, first of its known kind in a Pi Kapp chapter house, ultimately brings 150 stories together that contribute to the rich history of the chapter and the greater national fraternity. They encourage brothers across the US to consider researching and recording their own chapters’ unique stories. Below is a selection of brothers from the Alpha Epsilon Chapter which are featured on the wall.

Brother Rob Ceravolo, AE 1900
Currently, the CEO of Tropic Ocean Airways Seaplane Airline, Lieutenant Commander Rob Ceravolo spent 14 years in the Navy flying from multiple aircraft carriers. After completing Flight School at the top of his class, he flew hundreds of missions in the F-14 Tomcat, F-18 Hornet and F-5 Tiger jets. In flying the F-5, Rob was qualified as a “Top Gun” Instructor and taught pilots in Fighter Aircraft Tactics.

Jack Howell, AE 630
Jack had extensive aviation history. He graduated as an Aerospace Engineer and became an F-4 Pilot for the US Air Force. He then entered graduate school at the Massachusetts Institute of Technology where his graduate thesis was on the implementation of the Traffic Alert and Collision Avoidance System. This sophisticated thesis work became part of the foundation of Airline Collision Avoidance Systems today.

Frank Maloney, AE 285
Brother Frank started his service in the U.S. Army Air Corps in 1942 during WWII working as a Quartermaster. He eventually moved into the legal system and then completed his military service as a Full Bird Colonel at the highest levels of the Judge Advocates Corps at Andrews AFB. He went on to become dean of the law school at the University of Florida.

Brad Jensen, AE 1389
CAPT Brad Jensen entered distinguished naval service in 1988 after earning a BA in Economics from the University of Florida. He quickly accelerated as a pilot in the Navy Jet Community, was selected to fly the EA-6B Prowler Electronic Warfare Jet and gained over 4000 flight hours and 710 “traps” on US Aircraft Carriers—a very challenging feat indeed. He completed eight combat deployments including Desert Storm, Northern Watch, Iraqi Freedom and Enduring Freedom. Eventually, he held the highest level of naval leadership positions as CAG LSO of the USS Constellation and Air Boss of the Abraham Lincoln! He was the last LSO to wave aircraft into the “barricade” on the USS Constellation.

James Suh, AE 1982
Brother James Suh AE 1982 is one of the most remembered brothers in our Fraternity. James Suh was qualified as a Navy SEAL in 2000, the most elite special forces unit in the US Armed Forces. James gave the ultimate sacrifice in a courageous attempt to rescue four trapped SEALs in Operation Red Wings in 2005 in Kunar Afghanistan. Described in the book “Lone Survivor,” James and members of SEAL Team 10 were killed as his MH-47 helicopter was shot down. He gave the ultimate sacrifice to his country. 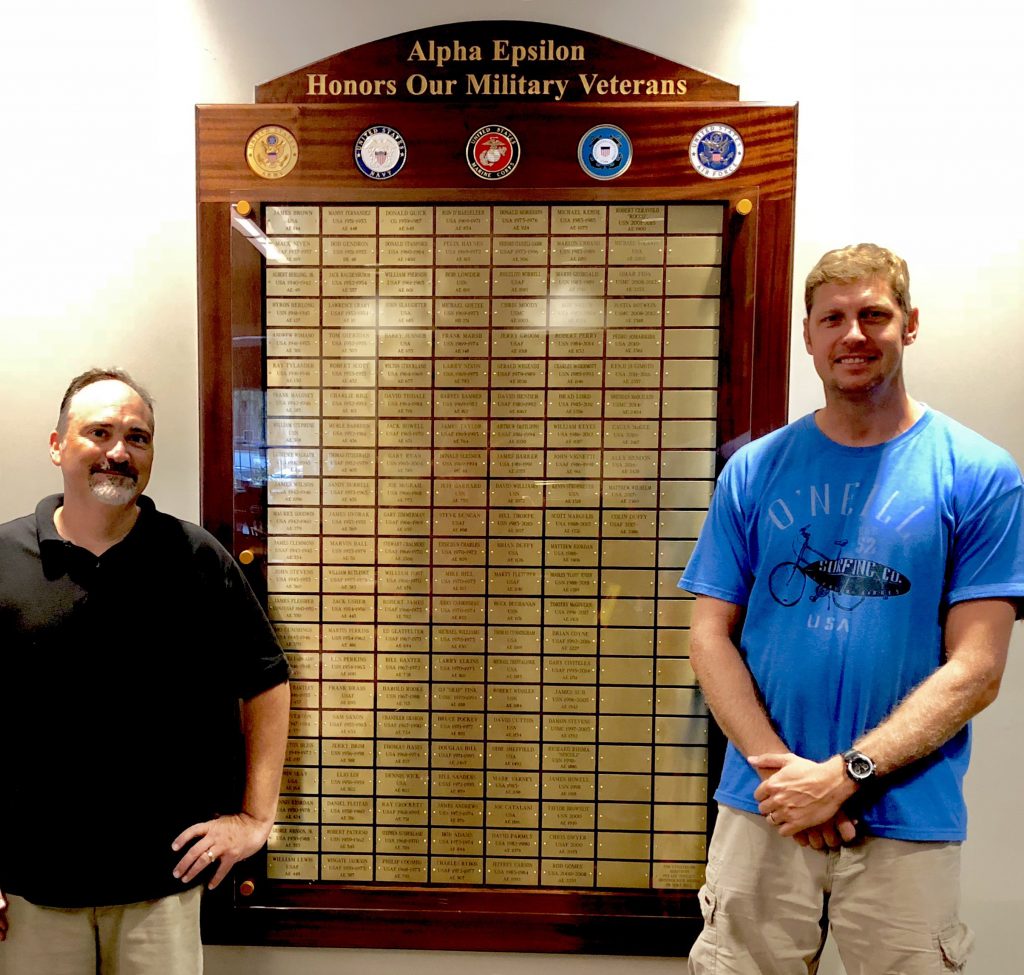