Pursuant to Supreme Law, the nominating committee is pleased to nominate the following individuals for service on the National Council. This slate of officers will be presented to the 57th Supreme Chapter in Tampa, Florida, on July 28–31, 2022. Each individual is listed with the office for which he has been nominated. 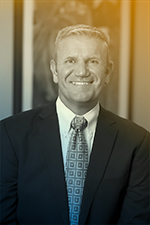 James was initiated into the Alpha Eta Chapter at Samford University, where he earned a bachelor of arts degree in religion and human relations and served as his chapter’s Recruitment Chairman. After college, James accepted a position at Texas Christian University as a residence hall director. At TCU, he worked to open the door for Pi Kappa Phi to expand on campus, which ultimately led to the founding of the Eta Chi Chapter. While in Fort Worth, James earned a master of arts in theology from Southwestern Seminary and met his wife, Tas, a proud Horned Frog and Chi Omega alumna. James returned to Samford to attend law school at the Cumberland School of Law, after which he clerked for the Alabama Supreme Court in Montgomery. Since his clerkship, James has maintained an active law practice, primarily focused on rental purchase law and insurance coverage analysis. For almost three decades, he has served as a Chapter Advisor, Regional Governor, National Chancellor, National Treasurer, and most recently, National Vice President. He and Tas have three children — Emily Ann, 20; Sam, 17; and Abby, 14. They currently live in Paris, Tennessee. 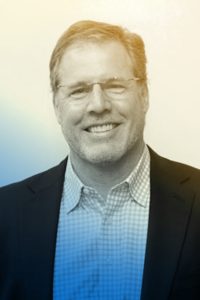 Joe was initiated into the first associate class of Epsilon Omicron Chapter at Villanova University, where he served as IFC Vice President and President, as well as President of the Northeastern Interfraternity Council. After graduation, Joe served as Executive Vice President of Pi Kappa Phi Properties for two years. As a volunteer, Joe served as Chapter Advisor, Area Governor, and currently serves as the Pi Kappa Phi National Treasurer. He holds a bachelor’s degree in electrical engineering from Villanova University and a master’s in business administration from the UNC-Chapel Hill. Joe lives in Ponte Vedra Beach, Florida, with his wife, Shannon. He is currently the CEO – Americas for The Instant Group, a global leader in innovative workspaces. 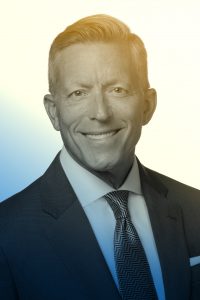 Wally was initiated in 1983 into Upsilon Chapter at the University of Illinois where he held the position of Archon. Upon graduation, he joined the national staff of Pi Kappa Phi and served as a Leadership Consultant, leading recruiting efforts at Alpha Gamma (Oklahoma), Alpha Omicron (Iowa State) and Beta Epsilon (Missouri) and then served as Pi Kappa Phi’s Director of Communications. As an alumnus and volunteer, he has served on the Upsilon Housing Corporation, is a Nu Phi Society member, and is currently Secretary of Pi Kappa Phi Properties Board of Directors, which he joined in 2012. 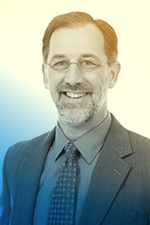 Alan is a founding father of the Zeta Epsilon Chapter at George Mason University, where he served as Historian, IFC President, and Archon. After graduation, Alan worked on the national staff as a Leadership Consultant for one-and-a-half years. As a volunteer, he has served as a Chapter Advisor, Area/Regional Governor, ASTP and Ladder of Risk facilitator, National Chaplain, National Secretary, and as National Chancellor for the past two years. Alan holds a bachelor’s degree in history from George Mason University, a master’s degree in counseling psychology from James Madison University, a doctorate in higher education administration from Vanderbilt University, and a post-doctorate in marketing and management from the University of Florida. Alan lives with his wife of 30+ years, Molly, in Decatur, Illinois. When he is not managing the technology and teaching business classes  for a PK-12 school district he is working with his wife, son, and two daughters on scaling up an internet service provider. 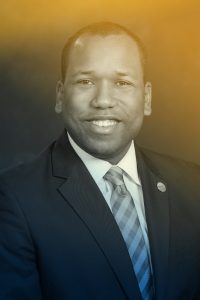 Andrae is an initiate of the Eta Rho Chapter at Texas State University, where as a student he served as Warden, IFC Vice President of Judicial Affairs, and IFC President. He was also elected President of the Mid-American Greek Council Association (now known as the Association of Fraternal Leadership and Values). Andrae joined the headquarters staff as a Leadership Consultant working on the expansion and growth team. As a volunteer, he has served as a Chapter Advisor, a City Events Coordinator, the founding President of both the Eta Rho Alumni Chapter and Eta Rho Housing Corporation, and as a prevention education program facilitator. In addition to his volunteer roles with Pi Kappa Phi, Andrae has been an active and involved alumnus of Texas State University where he served four consecutive terms on the Executive Committee of the Board of Directors for the Texas State Alumni Association, holding positions as President, First Vice President, Chief Financial Officer, and Immediate Past President. He also serves on the Board of Directors of both Goodwill Industries of Houston as well as the Trotter Family YMCA. Andrae holds a bachelor’s degree in healthcare administration from Texas State University and master’s degrees in healthcare administration and business administration from the University of Houston – Clear Lake. Andrae is a Fellow of the American College of Healthcare Executives and lives in Houston, Texas where he is the Administrator of Cardiology at Baylor College of Medicine. 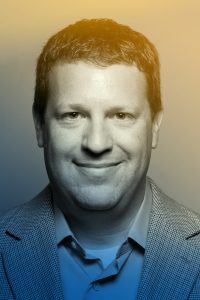 Dwayne is a refounding father of the Alpha Eta Chapter at Samford University, where he served as both Vice Archon and Archon, and was named to the Council of Archons his senior year.  His alumni leadership involvement in Pi Kappa Phi includes serving as the founding Chapter Advisor for both the Eta Chi Chapter at Texas Christian University and the Alpha Nu Chapter at The Ohio State University.  Additionally, Dwayne has served as a Regional/Area Governor, a facilitator for many of the fraternity’s educational programs, and a member of numerous national committees.  With a higher education career spanning almost 30 years, he currently serves as the Vice President for Student Engagement and Success at Ohio Wesleyan University.  Dwayne holds at Bachelor of Music from Samford University, a Master of Divinity from Southwestern Seminary, and a Ph.D. in Higher Education from The Ohio State University. 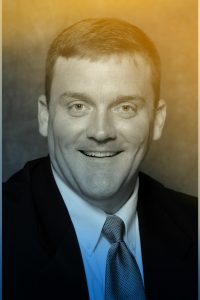 Ben was initiated into Alpha Alpha Chapter at Mercer University, where he earned a bachelor’s of science degree in environmental science. As a student, Ben served his chapter as Archon. After graduation, Ben served on the national staff as a Leadership Consultant. Ben earned his law degree from The Florida State University College of Law. For the past eighteen years, Ben has practiced as a real estate transactional attorney in Tallahassee, Florida, where he represents lenders and landowners in commercial and agricultural transactions throughout the states of Florida and Georgia. In between serving on the national staff and law school, Ben rode on the 2000 Journey of Hope South Team. For several years, Ben has volunteered in support of the Gear Up Florida arrival in Tallahassee. Ben currently serves on the Pi Kappa Phi Properties Board of Directors as the Vice Chair for Acquisitions. Ben lives in Tallahassee with his wife, Adriana, and two daughters, Sofia and Amelia.