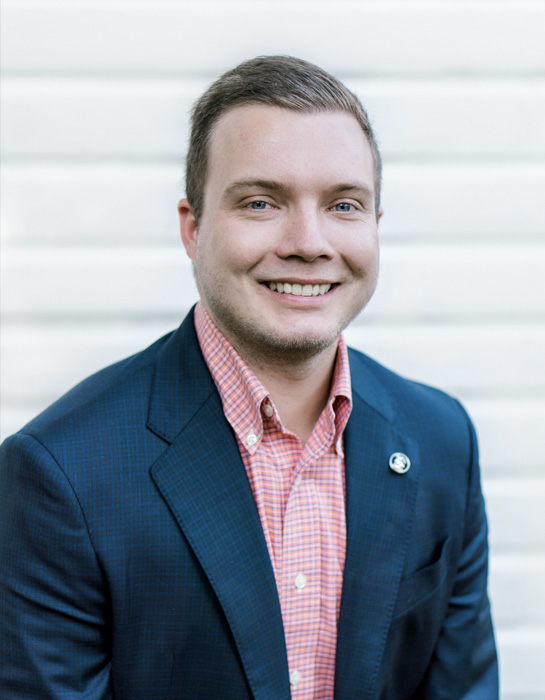 During his time as an undergraduate, Jeremy was a re-founding father for the Beta Xi Chapter and participant as a cyclist and crew member for the Journey of Hope North Route in 2013 and 2014, respectively. Since graduating, Jeremy worked in the non-profit sector and through his digital media work with non-profits was approached by General Motors (GM) to work as the liaison between GM and dealerships developing and implementing their digital initiatives. He’s grown in his role and is currently a district sales manager for Buick GMC tasked with enhancing sales strategies and growing the Buick GMC brand.