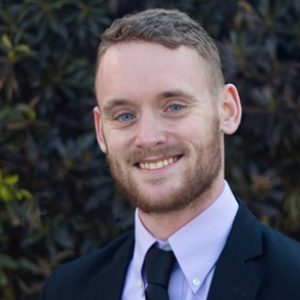 Stephen Kapp, Iota Beta (Texas – San Antonio), is currently a manufacturing engineer working for Pratt & Whitney. Before beginning his professional career as an engineer, Stephen was hired by The Ability Experience as the Project Manager for the Journey of Hope south route in 2018. Kapp is a Pi Alpha, participating in Gear Up Florida as a crew member and crew chief as an undergraduate member. He remains passionate about serving others and looks for ways to improve the community around him. While he thought he would never join a fraternity when he began college, Kapp now considers Pi Kappa Phi to be the main contributing factor of his success, and he fondly cherishes his experiences with the fraternity, especially with The Ability Experience.