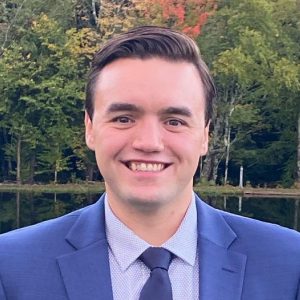 After graduation from the University of South Florida, Samuel Shifflett, Zeta Eta, went on to obtain a master’s degree. He began his career during his senior year as an associate security engineer through participating in Check Point’s entry-level security engineer program. Shiflett went on to work as territory security engineer in South Florida and was promoted to a named account security engineer covering some of the largest customers in the state. In 2019, he joined Netskope as a sales engineer and was promoted to his current position as solutions architect. Shiflett volunteers with Croom Academy, an information technology magnet school he attended, serving as a board member for the alumni association, and scholarship application reviewer while making financial contributions to the academy. Shiflett looks forward to Gear Up Florida 2023, as he has begun his training in hopes of cycling on the team.