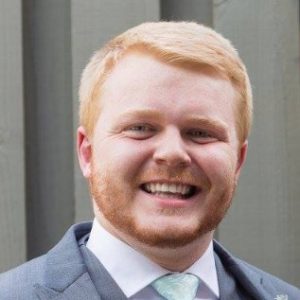 Kevin Mason, Eta Delta (Kennesaw State), developed important people and management skills as an undergraduate member of Pi Kappa Phi. He went on to join the Fraternity’s national staff as a Leadership Consultant who helped with expansion projects such as Kappa Phi (Loyola – Chicago) and Beta Epsilon (Missouri). Currently, Mason has taken his acquired skillsets back to Georgia to work as campaign manager for Mike Collins For Congress. He has had great successes as a professional in one of the most competitive campaign districts in the country. Mason continues to support the Fraternity by volunteering at Pi Kapp College for Chapter Officers and supporting fellow brothers.