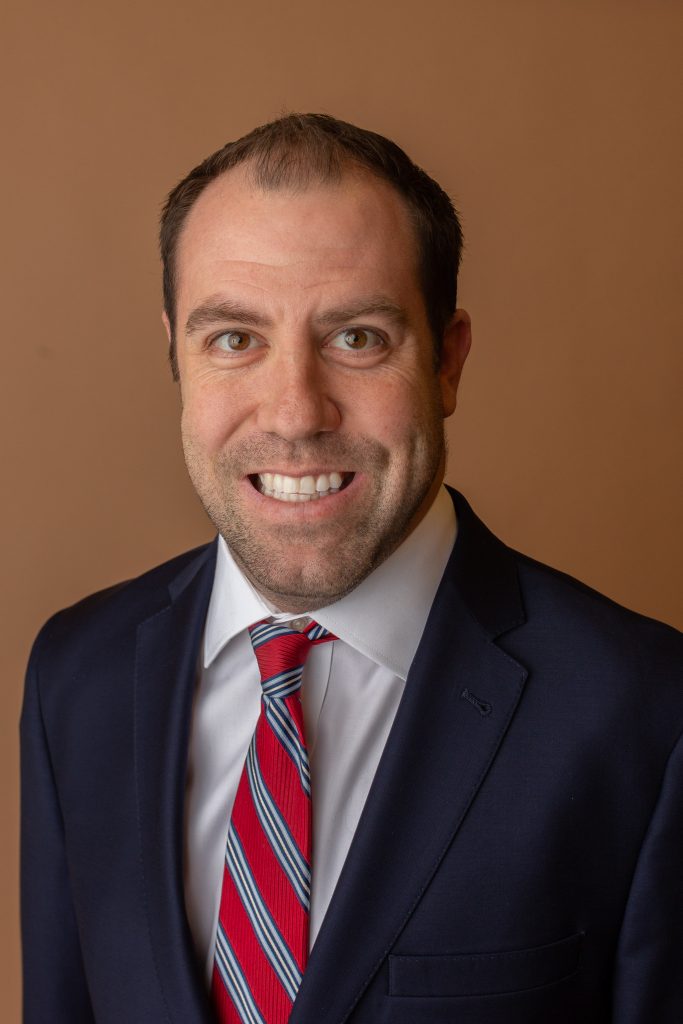 CHARLOTTE, N.C.—The National Council of Pi Kappa Phi Fraternity and its affiliate boards of directors have hired Jake Henderson as the new Chief Executive Officer of the Fraternity, the Pi Kappa Phi Foundation, Pi Kappa Phi Properties and The Ability Experience. Henderson will start on April 4, 2022.

Professionally, Henderson has specialized in insurance, financial products and association management at Association Member Benefit Advisors (AMBA) for 13 years. Most recently, he held the role of Senior Regional Vice President where he managed the operations, sales force and business development of the company’s portfolio in nine states. Prior to his time at AMBA, Henderson worked on Pi Kappa Phi’s staff in roles centered around expansion and with Pi Kappa Phi Properties.

Henderson joined Pi Kappa Phi’s Beta Theta Chapter at the University of Arizona where he led as Archon, Vice Archon, Warden and Philanthropy Chairman. As an alumnus, Henderson has served as Chapter Advisor, Alumni Housing Corporation President and Chairman of the national expansion committee. Most recently, he launched the Chevron program, which has expanded to more than 20 chapters.

Henderson succeeds Mark E. Timmes as CEO. Timmes’s tenure began in 1994 as Executive Director of Pi Kappa Phi and its affiliates. Under his leadership, the Fraternity has grown from 4,800 student members in 132 collegiate chapters to 9,400 students in 162 collegiate chapters. Additionally, Timmes has led three high-impact capital campaigns to grow the Pi Kappa Phi Foundation’s assets from $2.5 million to $14.5 million. He has guided the growth of Pi Kappa Phi Properties to a portfolio of 24 facilities while creating the Housing Infrastructure Fund to support collegiate chapters. Timmes leaves a legacy of interfraternal leadership culminating in his receipt of North American Interfraternity Conference’s Gold Medal, the highest individual honor that can be awarded to an individual fraternity or sorority member.

Henderson will focus on developing overarching strategic direction and resource development as the leader of Pi Kappa Phi. This singular vision will allow for greater synergy and alignment between all entities of the Greater Fraternity.

“I am honored and humbled to be selected as the next CEO of Pi Kappa Phi. It is even more special to follow in the footsteps of my close friend and mentor, Mark Timmes, who has served the organization with character, integrity and overwhelming success over the last 28 years,” Henderson said.

Pi Kappa Phi extends a special thanks to the search committee, committee chairman Bob Lane and Columns Fundraising for their diligent work in the search process.

Pi Kappa Phi seeks to create an uncommon and lifelong brotherhood that develops leaders and encourages service to others for the betterment of our communities. Dating back to the fraternity’s founding on Dec. 10, 1904, at the College of Charleston in Charleston, South Carolina, Pi Kappa Phi has exemplified a commitment to leadership, service before self, and building a better world. Today, on more than 160 campuses across America, Pi Kappa Phi continues to broaden its commitment to building exceptional leaders through uncommon opportunities.