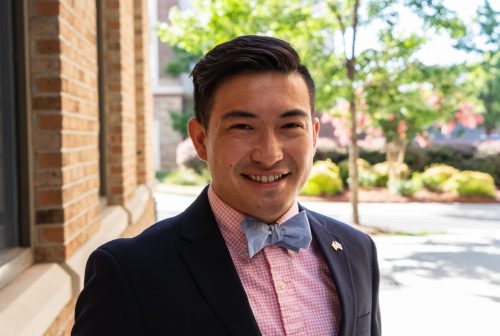 As a Leadership Consultant, Isaac will travel the country educating and assisting groups of student leaders and young men in their goal of creating the ideal chapter. His favorite part of the job is being able to connect with students as well as give advice and guidance to brothers as they make their way through their lifelong commitment to Pi Kappa Phi.

Isaac is a graduate of West Virginia University, where he majored in Art History with a minor in Economics. During his time at WVU, he ran club track and field, rowed on the men’s rowing team, worked as a university tour guide, was a Ronald E. McNair scholar, and served as Risk Management Chair for his chapter. His proudest accomplishment as an undergrad was becoming a founding father and member of the Alpha Rho Chapter of Pi Kappa Phi.

Isaac enjoys traveling and diving into local culture; including tasting the local food scene, the art/music scene, or checking out any and all museums and art galleries. Isaac also spends a large amount of his free time heading to as many concerts and music festivals as he can. Forever a Southern Californian, the things he enjoys the most: the sun, a nice cup of coffee, and long walks on the beach.